AC Milan vs. Gamba Osaka – A drift-off in animation by the creator of Captain Tsubasa 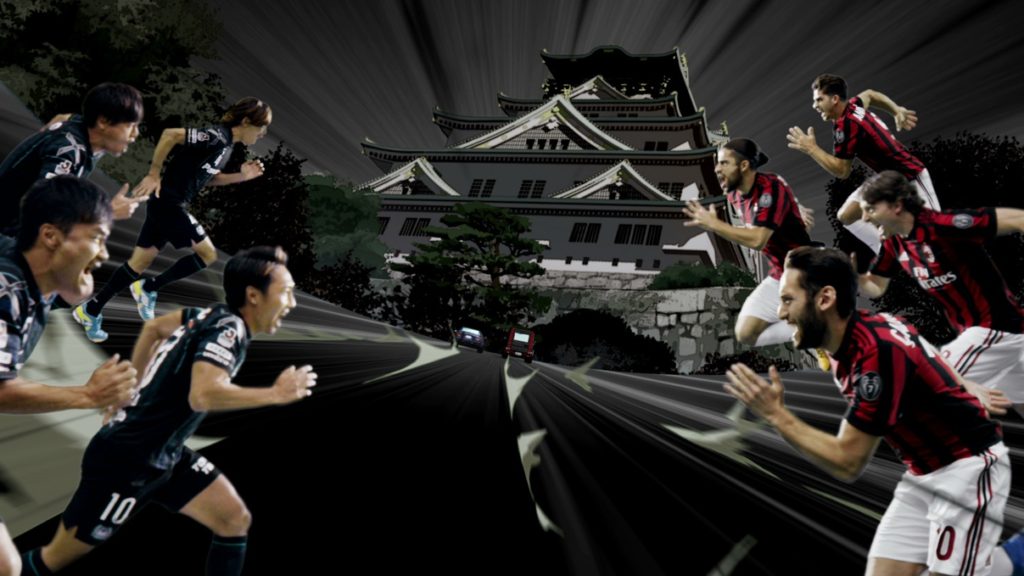 TOYO TIRE & RUBBER CO., LTD. has unveiled “AC Milan in Japanimation”, the fourth collaboration video of its ongoing series with world-famous Italian Serie A team AC Milan. The video was released on Youtube on the 7th of December. (https://youtu.be/LbvkhNSK7BM)

Under the returning theme of “Surprising the World”, Toyo Tires (the tire brand of TOYO TIRE & RUBBER CO., LTD.) has delivered another video guaranteed to entertain. This time, the end result is something truly unique, as “Captain Tsubasa” creator Yoichi Takahashi was enlisted to collaborate on the animation that is this video’s key feature. “Captain Tsubasa”, a manga (Japanese cartoon) about football, is beloved around the world, with many football players and enthusiasts counting themselves among the fans. Furthermore, the animated version was broadcast in over 50 countries.

The video is set in Osaka, Japan. AC Milan’s players appear together with the pros of a local Japanese team, Gamba Osaka (Toyo Tires is proud to also support local football in Japan through its platinum sponsorship of Gamba). On a team bus, Riccardo Montolivo is casually reading a manga – until a car suddenly jumps out of it. After a series of furious drifts, the AC Milan players exit a Mercedes G63, while the Gamba Osaka players get out of a Mercedes SL400. Both cars are equipped with Toyo Tires’ own PROXES series of tires. The football pros then face off in a thrilling drift-off, a breakneck duel that takes place alternately in the real and animated world. The stage of the battle shifts to some of Osaka’s most locations, with the chief ingredient of the city’s famous Takoyaki (octopus balls) also making a special guest appearance. 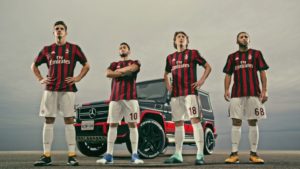 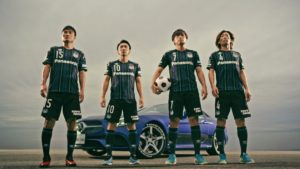 The head of Toyo Tires’ brand communication team, Yoshiyuki Morikuni, commented that “We want to go beyond the expectations of our customers in continuing to surprise people around the world, and we are undergoing a variety of activities to that end. For the fourth installment of this series, we thought we would go in a different direction from previous videos by creating a unique mash of the real world and an animated world together with the great Yoichi Takahashi. The video features a “battle” between two football teams we sponsor. The amazing pass-work from the AC Milan players, as well the car chase featuring G63 and SL400 Mercedes cars customized in each teams’ color, are a must-see.” 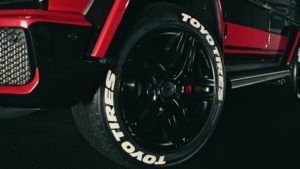 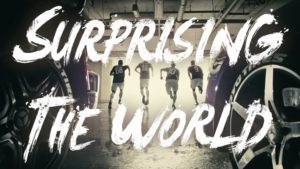 The previous videos of the series have been viewed by millions of fans from around the world. Check them below:

Toyo Tires aims to continue to exceed their customers’ expectations by delivering new surprises and undertaking new challenges on a global scale.

Toyo Tire & Rubber Co., Ltd. develops its business activities across the globe, focusing on manufacturing and sales of its core products: tires. With operations in over 100 countries and regions, Toyo Tires deals in numerous automobile components, including tires and seat cushion parts made of urethane, which the company supplies to automotive manufacturers around the world.

A manga artist born in Tokyo in 1960, he made his breakthrough with the manga “Captain Tsubasa” in 1980, which is said to have been instrumental in the continuing growth in popularity of football in Japan. Globally, the corresponding anime is still on air. Currently, “Captain Tsubasa: Rising Sun”, is being published in the magazine “Grand Jump”. The series celebrated its overall 100th volume in June of this year.